Alghero is an Italian city of 43,563 inhabitants in the province of Sassari in Sardinia. It is also known as Barceloneta, small Barcelona: the city has indeed retained the use of the Catalan language, which is a linguistic island and 22.4% of its inhabitants speak it in the variant of Alghero, recognized by the Italian Republic and the Sardinia region as a minority language. This dialect is receiving protection through programs of teaching and official use within the municipality. Alghero also institutional seat a delegation of the Generalitat de Catalunya, the regional government of Catalonia.

The city, one of the main Sardinian and fifth of the region by population, is one of the gateways to the island, through the airport which is close to Fertilia. It is the capital of the Coral Coast, a name that comes from the fact that the waters of its harbor is the largest amount of the precious red coral of the finest quality, caught by coral underwater activities with the processing and sale, for centuries has been an important economic and cultural, so that a branch of coral is inserted in the emblem of the city. It has a strong tourist and is one of the top destinations in the island; in 2012 was the 10th Italian city most visited by foreign tourists.

It is also the third campus of Sardinia after Cagliari and Sassari: headquartered in fact the University for Foreigners of Alghero and the Department of Architecture, Design and Urbanism of the University of Sassari.

Monuments and places of interest

Archaeological sites
Numerous archaeological sites extra urban: the necropolis of Anghelu Ruju (where you can visit the Domus de Janas) the hill of Santu Pedru, the Roman villa (Santa Imbenia), the site of the Purissima (where the lost city is believed to arise of Carbia) and the complex nuragic of Nuraghe Palmavera and Santa Imbenia, in addition to various nuraghi more or less preserved scattered throughout, plus a noble tomb, the Tomb Aragonese.

Fortifications
The first system of fortifications of the city dates back to the thirteenth century and is one of the urban Genoese. Since 1354 the city was occupied by the Catalans, who restored and enlarged the defensive system, found, again in 1354 in very poor condition. Of the curtain wall Genoese-Catalan, remains only some aspects: most of the fortifications visible, in fact, date back to the sixteenth century and were built by the express will of Ferdinand the Catholic who, believing the defense structures in poor conditions such as to ensure more protection of the city, ordered its reconstruction.
Along the walls there are seven towers and three strong.

Environment and territory
Alghero has a varied natural landscape, beaches with fine sand to cliffs with flat stones or very jagged: is appreciable especially the view from the sea, as it captures the variety of its coast mixed vegetation, typical Mediterranean and the pine forest that often acts as a contour; much appreciated for its panorama is the promontory of Capo Caccia, with his now famous cliff in the shape of a sleeping giant that has become a symbol of Alghero, along with the precious red coral. The area of Capo Caccia with the nearby Isola Piana and the Gulf of Porto Conte is a primary site of natural interest, which was established the Marine Protected Area Capo Caccia – Isola Piana. The particular geological (karst) makes the area rich in caves and ravines, still largely unexplored. Stress here the famous Caves of Neptune, accessible by sea or by land (by the famous Escala Cabirol, of 656 steps), and that it has got a range of halls and swimming pools, as the pool of the giant, and stalactites and stalagmites of forms, such as an organ. On the eastern side of Capo Caccia is open to the sea the Cave of Embroidery and the Green Grotto, accessible only by sea; concretions in the first gave rise to the embroidery of limestone, but now it is completely devastated and concretions are scattered everywhere, while the second one can still see the remains of some graffiti dating back to the Paleolithic, now almost lost due to vandalism and past attempts to “jerk”.

Stintino is an Italian town of 1,521 inhabitants in the province of Sassari in Sardinia.

Monuments and places of interest
The main tourist attraction is the beach of La Hairy, located in the far north-west of Sardinia, overlooking the Gulf of Asinara and on the island; is characterized by a fine white sand and turquoise-blue sea from very shallow water.

Immediately facing a second smaller beach called La Pelosetta is the island within walking distance of the Aragonese tower, built in 1578 and called the Tower of the Hairy, and Isola Piana, belonging to the municipality of Porto Torres as the largest island, hosting a Spanish tower 18 meters high tower called on Finance, built in the sixteenth century and restored in 1931.

The Isola Piana was used in the past as pasture due to transhumance conducted on fishing boats; belonged to the family of Berlinguer and was sold to the state to the condition it was preserved in its natural state. Other beaches of the east coast are those of Le Saline, The Seagull, The Anchor, Ezzi Mannu, Pazzona and Punta Negra.

At about 3 km from the town is the Pond Casaraccio, and about 15 km in the territory of the Pond of Sassari Pilo; both represent important spawning for birdlife. 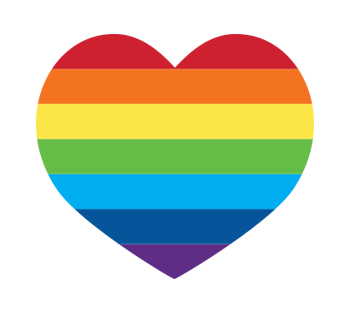